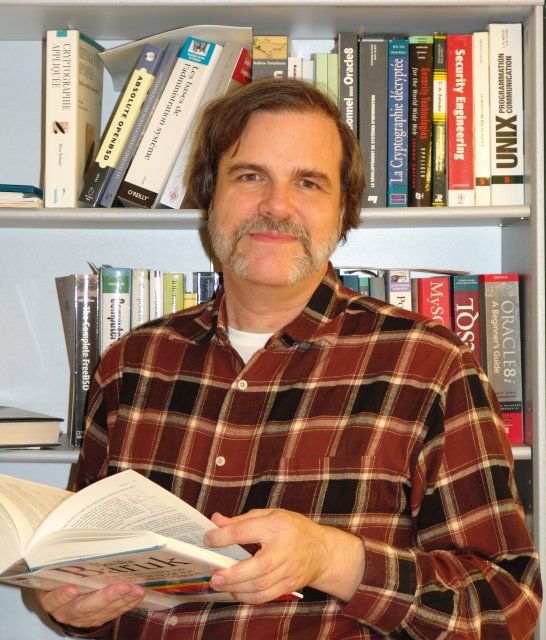 After training in mathematics, and management of a large development team, took care of design and implementation of scientific software for industry, then computer security for large banks and insurance, then the advice for several international bodies. Designed and co-directed the installation of the PKI (electronic identity) in the federal government and participates in recent years to projects of votes and elections via the Internet.

2004-2007 Work on the Internet voting project xVote with the protocols, architecture and full development organization.  Designing an innovative service of a trusted third party (xID) and an agile system of payment (xCash). Attended a seminar of WIPO on intellectual property.

2001 Design and Installation (external project leader) of the Public Key Infrastructure (PKI) of the Confederation. Member of various federal commissions, including preparing the report to the Federal Council on the digital identity card (eID Card).

1996-1997 Member of the organization of Telecom Interactive (ITU) and various mandates of the International Telecommunication Union.  Advice and development system risk analysis centers, for the main insurance group in Europe.

1994-1996 Preparation courses and textbook writing support for training in advanced technologies of computing and telecommunications (Internet security, cryptography, etc..) For various mandates: HP-Europe Institute for International Research, Digital Equipment . Advice for the IOC (and model of the Olympic site), outlines a vote on the internet and the committee; study and draft concept for computing for the winter games the candidacy of Sion-2002.

1986 Design and development for a private bank, a software held the position of forex risk, producing snapshot of the state purchases and sales, currency by currency, and showing the consolidated at any time.

1983-1985 Direction of a software development team of about ten people (part of the Swiss Informatic Scool project from the Federation of Migros Cooperatives, Zurich, my office was in Geneva). Creating a compiler and a runtime environment.